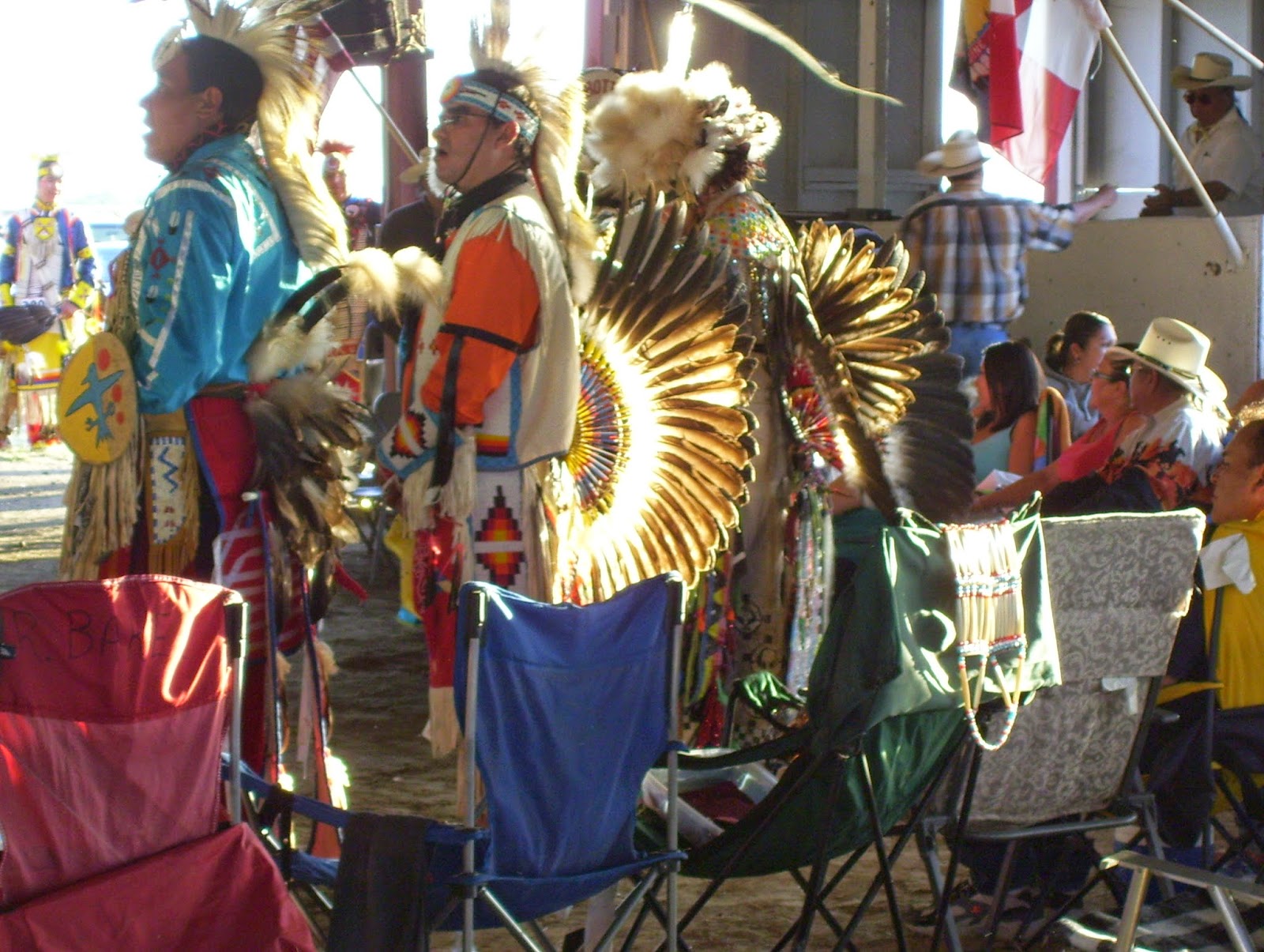 We Are the Warriors, a novel set on a fictitious Indian reservation, is almost ready to go public. My editors and proof readers have provided insights and suggestions, the cover is almost completed, and Blake's story about life in Powder River is about to unfold, first as an ebook the end of December, and in paperback after the first of the year.

We Are the Warriors’ main character, Blake, is a seventeen year-old—a white kid and avid snowboarder— who is thrust into the middle of a plains Indian reservation. Blake's story is a story of his fears, his search for friendship, and his gradual understanding of those different from himself. It is a journey through his own experiences and changing perspectives.

Living for thirty years on the Fort Peck Assiniboine and Sioux Reservation, the images and persona of "warrior" for me have been multifaceted. One of my early introductions to the cultural life of Wolf Point was attending the Wild Horse Stampede, a rodeo well respected by the cowboys and cowgirls across the West.

My first trip to the Stampede, sitting in packed stands as the blue smoke-haze rolled by and beer amply flowed, I encountered an event that surprised and shocked me. It began with an auctioneer leading the bidding, the Calcutta, for the wild horse teams while standing in the back of a pick-up in the dirt arena. As the auctioneer's voice spun by, like a train on a track, the bids went up by hundreds of dollars, some even reaching over a thousand. The Jackson name brought the bids in higher and higher. Later I learned the Jackson "boys," men from the small tribal town of Frazer down the road, were highly respected for their ability as wild horse racers.

The Wild Horse Race that occurred after the next event was the most insane, wildly dangerous event I had ever witnessed. About eight unbroken broncs were pinned in chutes, while three men, on the inside of the arena, stood in front of each horse. Two men grasped a lead rope attached to the bronc, typically very large and strong guys, and the third held a loose saddle, usually a smaller, light-weight man.

At a signal, all eight horses are released into the arena as the gates fly open and twenty-four men attempt to subdue the wild blood and muscle before them. Hooves fly everywhere, men are tossed in the air, horses run into one another. It is not a matter of if someone will get hurt, just how badly. Some teams manage to get a saddle on their horse. The rider, clinging on however he is able, attempts to ride the horse to the other side of the arena. 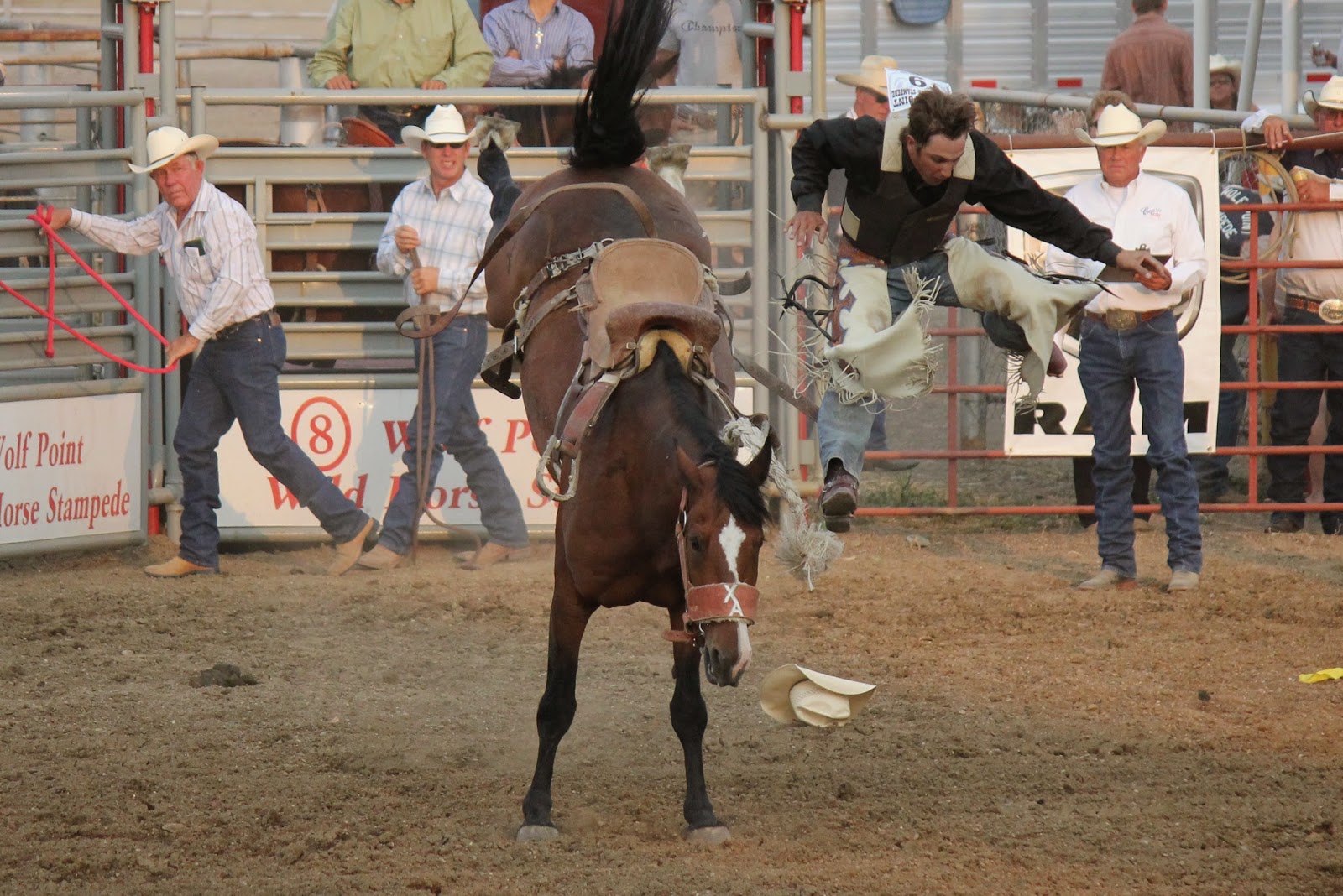 By now, half the horses have broken away from their supposed masters and run wildly around the arena, their ropes dragging behind them. The few horses that are saddled up with a rider, buck or run randomly. If a rider is lucky or skilled enough to get to the other side, past the white chalk circle, he pops off the cinch on the saddle midstride, flies through the air, hoping to land without damage, then hauls the saddle back to the chutes.

The pandemonium in the middle of this race is hard to describe. The sheer magnitude of possible injury unbelievable. It reminds me of the Running of the Bulls, but ten times more unpredictable. I was shocked by the crowd's enthusiasm and enjoyment of the event—like those waiting for a NASCAR crash or watching those high-risk-taking videos. Many of the teams were tribal, although not all. The most skilled and admired apparently were the tribal teams. Rodeo is a dangerous enough event. Cowboys take on one horse, one bull at a time and usually can see what is coming at them. This was by far more hazardous.

As the years went by, I would at times walk out to the concession stands during the Wild Horse Race to protest what I saw as a macabre, violent fascination. I did not want to be part of seeing others beat up, hurt and possibly killed. At other times I would sit there with the rest of the crowd, relieved when it was over. One year a young tribal man, saddled up, sliding sideways off a horse galloping around the arena at about thirty miles an hour approached, from the opposite direction, a pack of wild horses, running equally fast, their ropes dragging on the ground. The man, hanging sideways, his head at the level of the horse's chest, met the chest of one of the horses charging the opposite direction. Not good.

I'm not sure how long he was in regional medical centers dealing with his head injury. A couple of years later I crowded into a spot in the stands as the Calcutta for the teams began. Huh, what? His name was read as a member of one of the wild horse teams! I don't get it. He's going out there again!

Later, that next summer my husband and I went to the Red Bottom Pow-wow. We wandered towards one of the benches, hoping to blend in. Fat chance. But we did see a few familiar faces.

A young man, dressed for the grand entry, came up to us and welcomed us to the pow-wow. He reminded us of who he was, a fellow student of our older son, now in his thirties. As he spoke I began to recognize the face and build from years ago. I could again picture him as the athletic, point guard he was years ago for the Wolf Point High basketball team. As he walked away, feathers swishing and metal jingling, I felt happily surprised to be so welcomed by the young man. 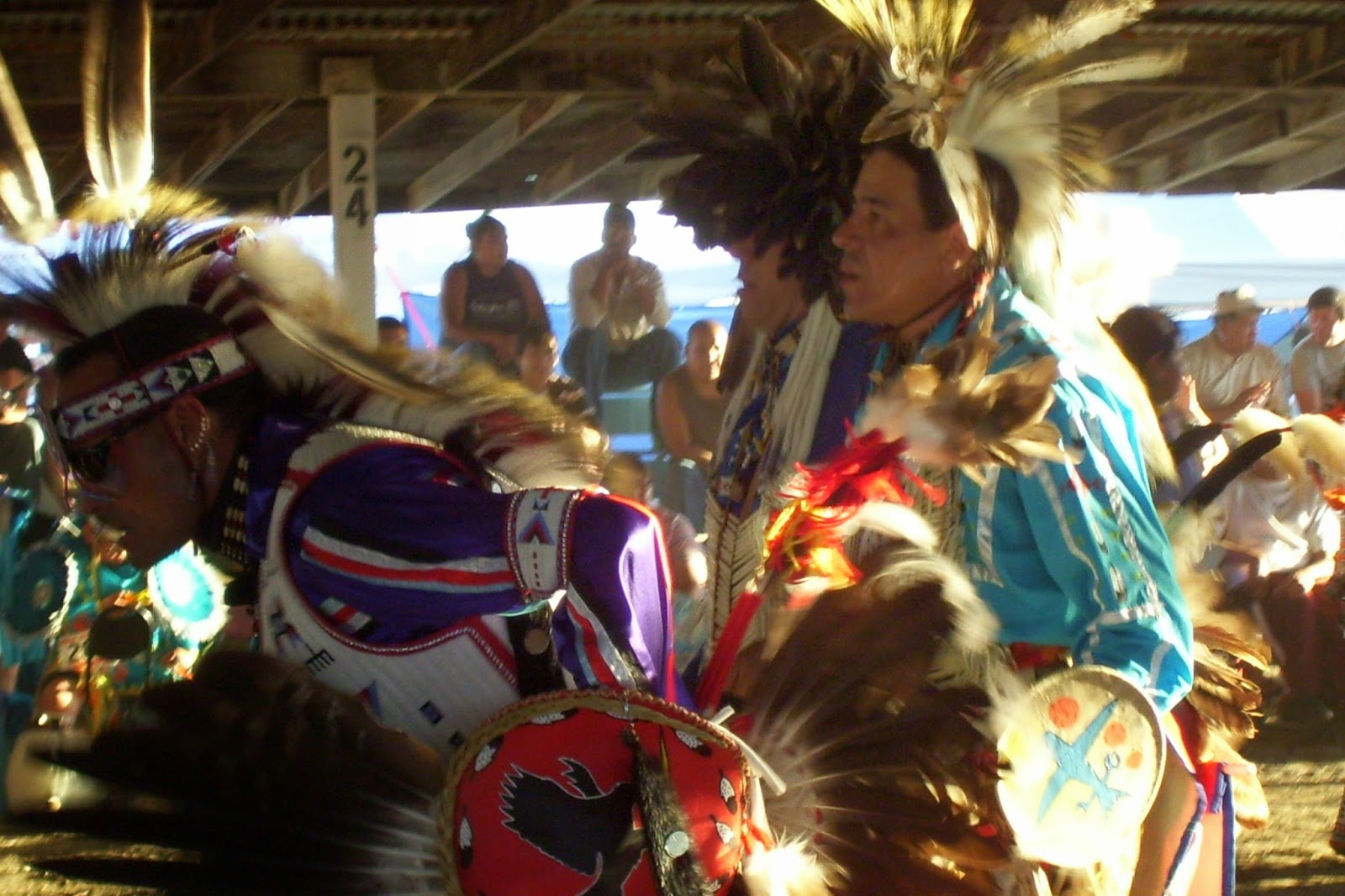 As the grand entry got underway, the tribal members with military service were asked to lead the entry. The drums and voices surrounding them in respect. The warrior as always, is highly regarded in tribal circles. Next, to my amazement, the caller announced the honoring of the wild horse racers, with their entrance into the arena. These men, who tackled horses in a wild, free-for-all, are highly regarded by the Assiniboine Red Bottom Clan. I couldn't believe it. My mind had to make a cultural U-turn to see the Wild Horse Race from another viewpoint, one foreign to me. Obviously there was something powerful being said here. The ancient, and yet still current role of warrior emerged as vital to tribal life. I still ponder and process this perspective, one that challenges my way of seeing, of admiring participants of a wild, dangerous, even deathly event.

I still cringe when I hear that one of my son's classmates has chosen to be on a wild horse team for the Stampede and will to participate in this unpredictable, uncontrolled and dangerous event. I wonder how his parents or family members feel about it. I pray they stay safe.

My novel, We Are the Warriors is fiction. The amazing thing about fiction is that it can often tell an even more powerful story than true life, because with fiction there are no specific apologies needed and no permissions required to share the whole story. A fictional account speaks for itself and its characters have a life of their own.

Even before I moved to Wolf Point I had often reflected on my family ties to Native Americans. I knew my dad had graduated from St. Labre Indian School. I grew up visiting my grandmother in Lodge Grass on the Crow Reservation. I was also aware there were some family members with darker skin and hair. I wondered if I had American Indian ancestry. For years I searched, asked questions of older family members, checked family lines, but never did find a connection to American Indian ancestry. Even as a young kid I knew that "white folk" would hide that kind of information—and I knew that was wrong.

Will I ever see life exactly as a Native American, First Nations or indigenous person who grew up and lived on an Indian reservation? No, I can't. But I can listen to my stories and the stories of those around me. I can process and see as one of European ancestry, white and female, who grew up on the banks of the Yellowstone River and  lived for most of her adult life on a reservation—a place of unique experiences, a place of complexities and conundrums. My experiences on "the rez," those of the warmth of family care and concern, the shock and tears of sudden death, the gut-wrenching results of teenage decisions, and the comradery of working together for common goals, are all a part of me.

I present Blake's story as one individual's story, from his limited and changing perspective. We all have a story to tell—uniquely ours, unrepeatable, worth telling and ever changing.
Posted by Theresa Nichols Schuster at 3:20 PM 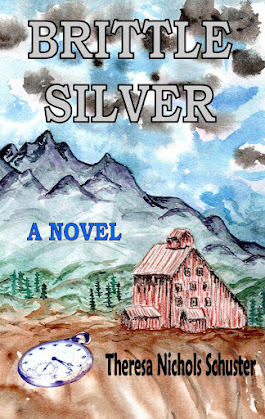 The 1892 streets of Granite and Philipsburg, Montana mysteriously come alive after sixteen-year-old Vic Keegan is rescued from a mine shaft. Though plagued with sadness and guilt after her mother's death, she needs to find a way to survive in this strange place until she can find a way home. Her growing affection for the young Cornish miner, Jago Pendarvis, only complicates her necessary deception.

USA Regional Excellence Book Awards Finalist - We Are the Warriors 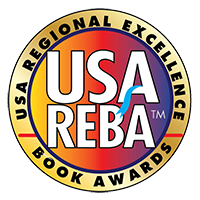 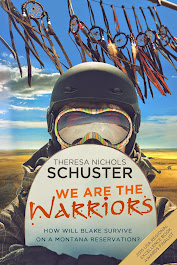 My young adult novel, We Are the Warriors, is available in paperback at Amazon.com and also as an ebook at Amazon, Barnes and Noble, Smashwords, Apple, Goodreads, Kobo and other outlets.
For quantity discounts please contact Theresa at tnschuster7@gmail.com.
In We Are the Warriors, Blake, a high school junior and avid snowboarder, is thrust into the middle of Sandstone Bluffs Indian Reservation. All his friends are back in the mountain town of Bozeman. How is he going to snowboard from the flat prairie of eastern Montana?
From the minute Larry Big Lip shoves him while checking out football gear, Blake realizes his life on the rez will be a challenge...